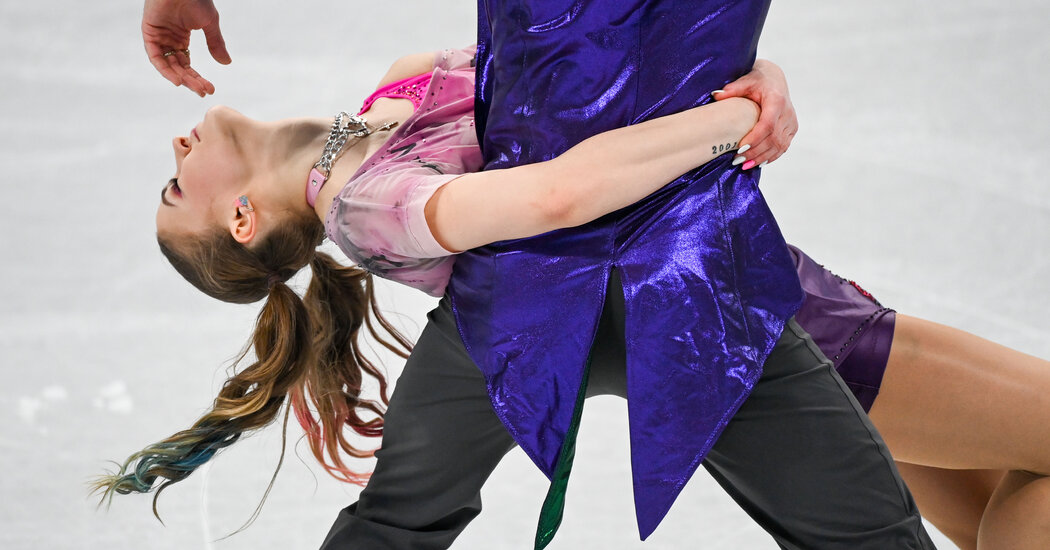 The French team of Gabriella Papadakis and Guillaume Cizeron, four-time world champions, are the big favorites for gold in ice dancing, which began with the rhythm dance event on Saturday on Beijing.

Just like the pairs figure skating event, the routines are performed by a man and a woman, often dancing hand in hand. But ice dancing strips down some of the more acrobatic elements of pairs skating, prohibiting spiraling jumps and high-flying lifts. Many have drawn comparisons to ballroom dancing.

Twenty-three teams performed on Saturday, and 20 advanced to the free skate on Monday in Beijing (Sunday night in the United States). Scores from the two events will be combined to determine the medal winners.