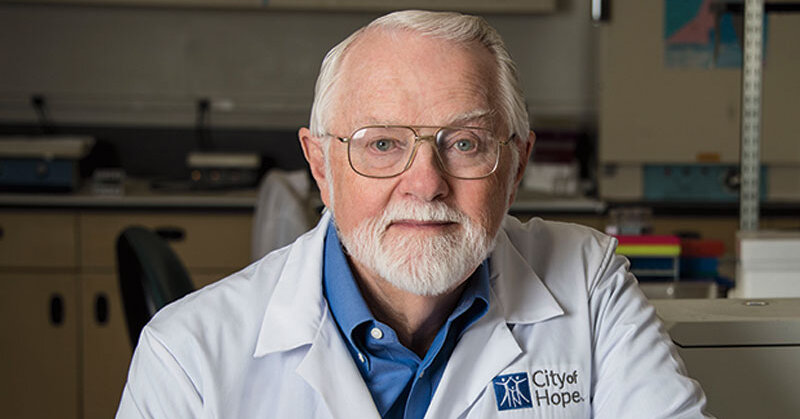 “City of Hope convinced me that if my donations were made public, I could encourage others to follow suit,” he told The Los Angeles Business Journal.

In the 2000s he turned to the question of epigenetics, the study of how markers attached to a gene alter the way that gene is “read.” Over the course of an organism’s life, a gene will gain or lose certain markers, a process influenced by behavior and changes in one’s environment.

Epigenetics is an emerging and still poorly understood field. But even after retiring in October 2020, Dr. Riggs continued his research, certain that it would lead to even more lifesaving breakthroughs.

“I could have retired into a South Pacific mansion and enjoyed myself on the beach,” he said in 2021, “but I would have been bored within a week.”

After they lost the property in the Great Depression, his father, John Riggs, moved the family to San Bernardino, where he built and operated a trailer park. Despite having only an eighth-grade education, John Riggs was sufficiently adept at engineering to be able to design the park’s electrical and plumbing systems himself; in his spare time he built autogiros, which combine elements of an airplane and a helicopter.

Arthur’s mother, Nelly (Calkins) Riggs, a nurse, encouraged her son’s early interest in science, buying him a chemistry set when he was young and shuttling him to the library, where he spent hours reading science fiction.