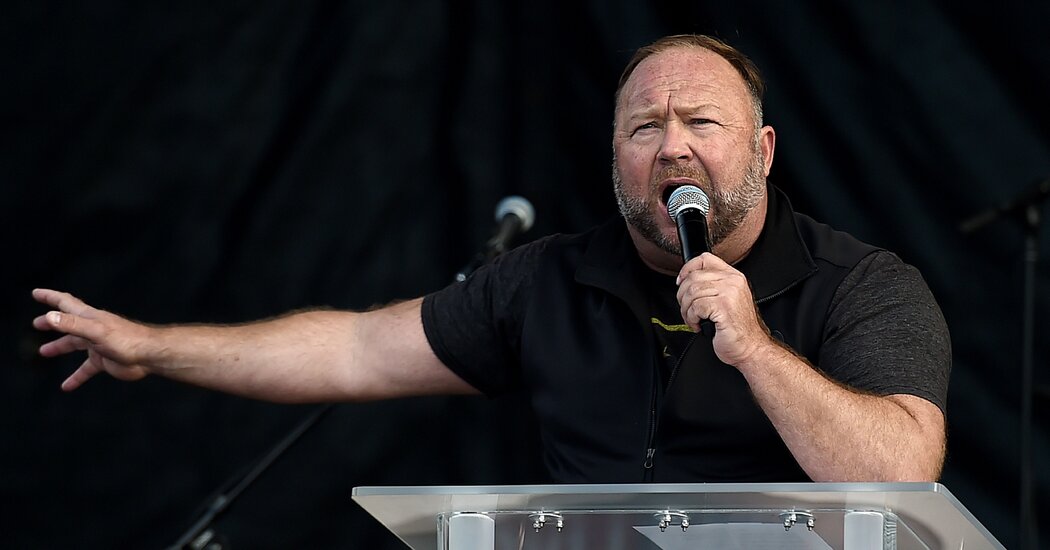 Three companies affiliated with the far-right broadcaster and conspiracy theorist Alex Jones, among them the media outlet Infowars, filed for Chapter 11 protection on Sunday in U.S. Bankruptcy Court for the Southern District of Texas, according to court documents.

Infowars is facing multiple defamation lawsuits from families of victims of the 2012 Sandy Hook school shooting, which Mr. Jones has claimed was a hoax. Two other companies connected to Mr. Jones, IWHealth and Prison Planet TV, also filed for bankruptcy protection on Sunday.

Last September, Mr. Jones lost two defamation lawsuits filed in Texas by victims’ families because he failed to provide requested information to the court. Months later, in a case representing the families of eight others killed in the shooting, a Connecticut judge ruled that Mr. Jones was liable by default because he had refused to turn over documents ordered by the courts, including financial records. The rulings delivered sweeping victories to the families.

Mr. Jones for years spread bogus theories that the shooting that killed 20 first graders and six educators in Newtown, Conn., was part of a government-led plot to confiscate Americans’ firearms and that the victims’ families were actors in the scheme.

Because of the falsehoods, families of the victims have found themselves routinely accosted by those who believe those false claims. Among those are the parents of Noah Pozner, who have moved nearly 10 times since the shooting, and live in hiding.

The Sandy Hook families maintain that Mr. Jones profited from spreading lies about their relatives’ murders. Mr. Jones has disputed that, while for years failing to produce sufficient records to bolster his claims.

Last month, a Connecticut judge found the radio host in contempt for failing to sit for a deposition and ordered that he be fined $25,000 for the first weekday he fails to appear for testimony, with the fine rising by $25,000 every day thereafter that he did not appear.

In trials scheduled to begin this month in Texas, juries will determine how much Mr. Jones must pay the families in damages. The Connecticut case is the last scheduled trial, set to begin on Sept. 1.

Filing for Chapter 11 protection allows a corporation or partnership to reorganize, according to the government. The business may propose a plan to keep running and to pay creditors over a period of time.