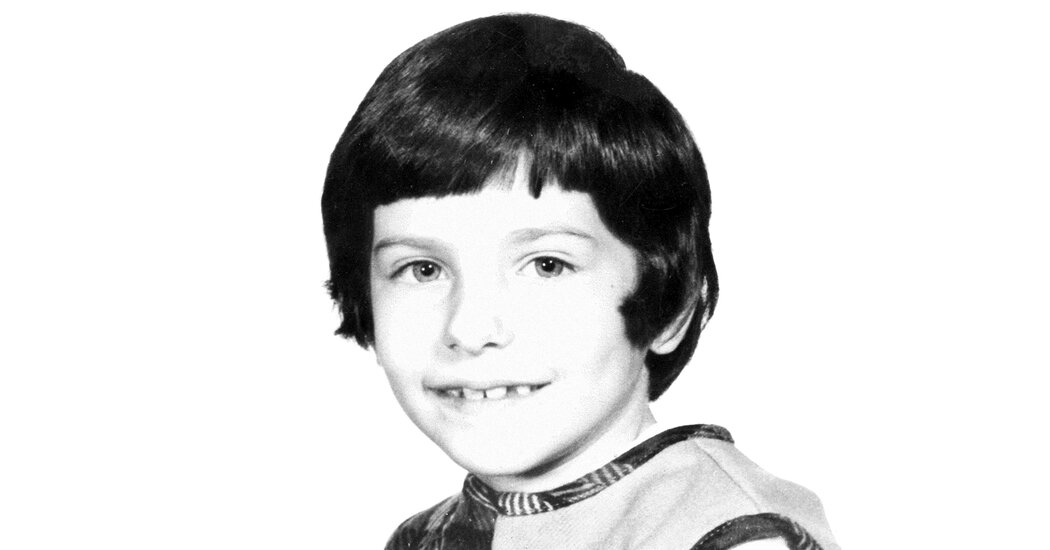 On March 18, 1964, Marise Ann Chiverella left for school, carrying canned goods to give to her teacher, a nun at St. Joseph’s Parochial School in Hazleton, Pa.

Marise, 9, who aspired to be a nun, hurried from her home to bring the gifts to her classroom and still get to morning Mass on time.

For members of her family, those were the last memories they had of Marise, who was found that afternoon in a pit used for refuse. She had been sexually assaulted and murdered.

Nearly 58 years later, the Pennsylvania State Police have identified the man they say was responsible for her death.

“Pennsylvania State Police was founded in 1905, so over half of our existence we’ve investigated this case,” Lt. Devon M. Brutosky said at a news conference on Thursday in which investigators unraveled the decades-long search for the killer.

Lieutenant Brutosky said investigators used DNA tests and genealogical research to identify James Paul Forte, who was then 22, as the person who killed Marise. He lived six or seven blocks from Marise, the police said, but they did not know of any connection he had to her or her family.

Officials said Mr. Forte was 38 when he died of natural causes, possibly a heart attack, in the bar where he worked in 1980. He was still living in Hazleton, a former coal mining town nearly 100 miles northeast of Philadelphia, and, as far as the police knew, unmarried.

Most of the information the authorities had about Mr. Forte was gathered from the records of two other crimes he was tied to.

In 1974, Mr. Forte pleaded guilty to aggravated assault and was sentenced to a year of probation. Lieutenant Brutosky said that Mr. Forte had sexually assaulted a woman in 1974 in an area used for coal mining and in a recent interview, she told the police that she thought she would have been killed during the attack if not for a person who saw what was happening and stopped it.

In 1978, Mr. Forte was charged with recklessly endangering another person and harassment. The police said they did not have further details on that case.

The police tied Mr. Forte to Marise’s case with the aid of DNA testing and research by a teenage genealogist who approached the police in 2020 and volunteered to help.

Eric Schubert, the teenager, said he had helped in other cold cases and spotted Marise’s story while looking for something new to work on. Mr. Schubert, now 20 and a student studying history at Elizabethtown College in Elizabethtown, Pa., identified possible relatives using an earlier DNA match made in the case.

In 2007, investigators created a DNA profile of the suspect using body fluids found on Marise’s jacket.

In 2019, Parabon NanoLabs, a DNA technology company, helped the police upload the DNA profile to a genealogical database, leading to a match with a distant relative of the suspect.

Mr. Schubert was able to build out a family tree from that match, which led to a relative considered to be a family historian. Investigators interviewed some family members and took voluntary DNA samples, which narrowed the list of potential suspects to four.

Investigators excluded three of the potential suspects, though they did not specify how. On Jan. 6, they exhumed Mr. Forte’s body to get a DNA sample and on Feb. 3, they received test results that confirmed the match.

At the news conference, Marise’s eldest brother, Ronald Chiverella, thanked investigators, who he said had been in continuous contact with the family since 1964.

Mr. Chiverella said his mother said grace before meals on Sundays and holidays and would acknowledge the unsolved case.

“She would always end it with a prayer asking Jesus, the blessed mother, ‘Please help the Pennsylvania State Police find the man that hurt my daughter,’” Mr. Chiverella said.

At one point, years later, Mr. Chiverella said his mother told each of the surviving siblings that she had forgiven whoever had killed Marise.

He also remembered happier times with his sister, who he said had played the organ.

“That organ is still in good shape today, and we all recall times when we would play the organ with her, not having any notes to follow, just making some noise, but we learned how to repetitively make those same noises so we were in concert,” Mr. Chiverella said.

Carmen Marie Radtke, Marise’s sister, said her family would keep in mind two Bible passages when they reflected on the case, including Romans 12:19, which urges people to leave revenge to God, and Matthew 18:6, addressed to those who harm children.

Ms. Radtke quoted the second passage: “But anyone who is an obstacle to bring down one of these little ones would be better thrown into the sea with a great millstone around his neck.”