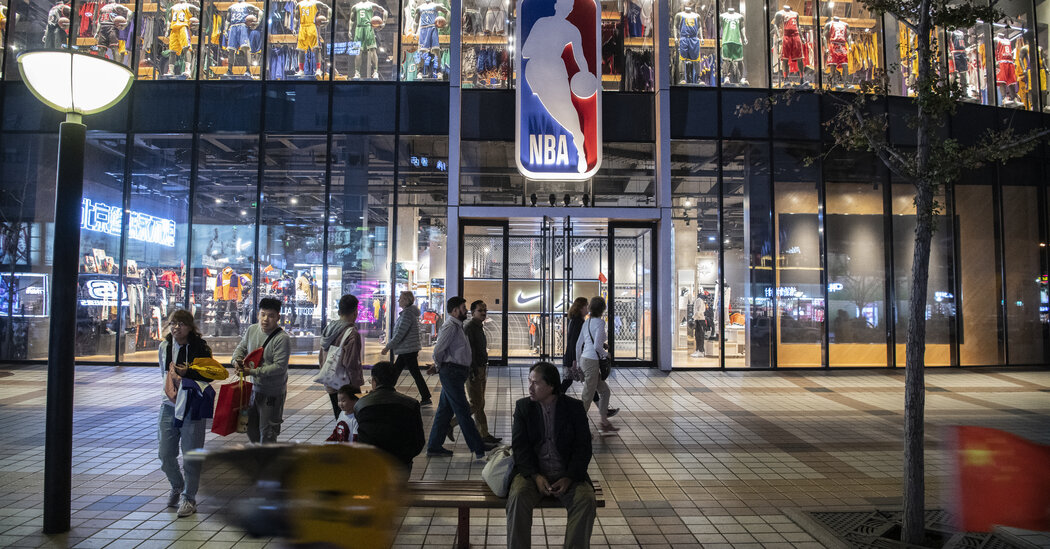 It wasn’t just the response to Morey that invited detractors. In 2020, ESPN reported that there was rampant abuse of children at basketball academies in Chinese-government-run facilities co-sponsored by the N.B.A. A league spokesman recently said that the league was no longer affiliated with those academies.

The broadcasting of N.B.A. games on Chinese television opens up a revenue stream of hundreds of millions of dollars a year for the league. The league’s relationship with China came under more scrutiny in recent months as Enes Kanter Freedom, an N.B.A. center most recently with the Boston Celtics, criticized the Chinese government and the league for its business interests in the country. Freedom was traded by the Celtics to the Rockets, who cut him in February.

Kristen Looney, an assistant professor of Chinese politics at Georgetown, said in an interview that the Chinese government’s decision may be a result of enough time passing or a larger geopolitical calculation.

“It could mean that enough time has passed that things have kind of blown over,” Looney said. “From a macro perspective, it could mean that China is trying to signal that it still wants to maintain good economic relations with the United States despite differences in opinion on the Russia-Ukraine crisis. It’s possible that China is fearful that its close relationship with Russia would have ripple effects on its economic relations with the United States and the rest of the Western world that is on the side of Ukraine.”

The N.B.A. has targeted China — and its population of 1.4 billion — for roughly a half-century. China now has more fans of the league than there are in the United States, a country of 330 million. Before the pandemic, the N.B.A.’s top stars routinely traveled to the country between seasons to promote sneakers. Since 2004, the N.B.A. has played dozens of games there.

Adam Silver, the N.B.A.’s commissioner, has steadfastly maintained the N.B.A.’s position on China, despite the critics. In a recent interview with The New York Times, Silver said he believed the league was being unfairly singled out for criticism given how many companies in the United States do business with China.

“Virtually every American uses products manufactured in China,” Silver said. “And in many cases, they are the products that we are most reliant on. Our computers, our phones, our clothes. Our shoes, our kids’ toys. So then the question becomes why is the N.B.A. being singled out as the one company that should now boycott China?”