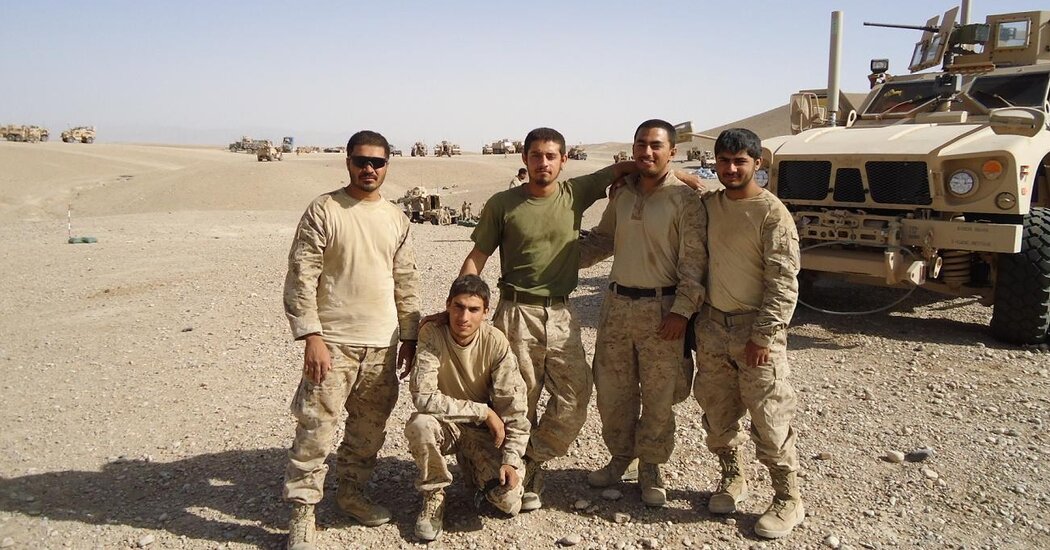 “The refugee resettlement program is overwhelmed and lacks resources because of all the cuts the prior administration made,” said Steve Yale-Loehr, an immigration law professor at Cornell Law School who directs an Afghan law clinic that has filed dozens of parole applications, none approved so far.

In the statement by Citizenship and Immigration Services, it said the agency had been granting parole when warranted. “In some limited circumstances, protection needs are so urgent that obtaining protection via the U.S. Refugee Admissions Program is not a realistic option,” it said.

The bar for qualifying is very high as the government tries to determine which applicants are in genuine imminent danger and which could wait to apply for ordinary refugee status. Applicants must provide documentation from a credible third-party source that specifically names the targeted person and details the potential harm that person faces. Lawyers helping applicants file the claims said the standard was higher than what is generally applied to parole applicants and would be very difficult for most people fleeing a country in conflict to meet.

“This criteria makes it nearly impossible for the vast majority of cases to be granted,” said Ms. Lilien, who has received 13 denials on the applications she has submitted and is waiting for decisions on an additional 78, almost all of which were filed before mid-September.

A letter sent on Tuesday to the Homeland Security secretary, Alejandro Mayorkas, and signed by more than 200 representatives of legal-service providers, resettlement agencies and university law clinics called on the Biden administration to establish a streamlined, efficient system to bring vulnerable Afghans to the United States.

“While the military evacuation efforts ended with the withdrawal of U.S. troops in August 2021, at-risk Afghans’ dire need for protection has not,” the letter said.

“In keeping with its promises, the administration must act with urgency to utilize all tools at its disposal, including parole, to provide protection from persecution and violence in Afghanistan due to the accelerating human rights and humanitarian crisis,” the letter said, citing extrajudicial killings, disappearances and other human rights abuses.