Detaching from uniformity and reinventing its own identity: the example of an Italian company

In the nowadays world, the figure of a Digital Arts creator is increasingly common. For someone who approaches this area for the first time, the greatest risk is finding an ambience with a set of figures and proposals that are all the same, which create a large whirlwind of very similar projects, ideas and services. This situation brings everyone to a crucial choice: either to recline and adapt, starting to produce the same things and contents as the majority, or to take risks, roll up one’s sleeves and try to be among the few who manage to emerge from the mass.

This was precisely the situation in which LANGA, an Italian company operating in the field of digital arts, found itself. A few years after its foundation, in fact, LANGA was among a crossroad that required that crucial choice: on one side, to remain a local agency among the mediocrity, on the other side try to emerge and be among the bests. The young company decided to get involved, animated by the desire to leave a mark, an imprint that was different and recognizable.

The courage to change

That idea has come to everyone’s mind sooner or later, but it often remains in the drawer. To get into the rumble, especially if you are a young company, you need guts. And not only. The fundamental thing is finding the right inspiration, the spark that gives the kick-start to the realization of a concept that goes beyond the common and the déjà-vu. The team led by CEO Luca Prata found the winning idea starting from a main goal: to break away away from the pack, fighting the prejudices that anyone working in this field is facing: above all, the diminishing of their work.

Very often, especially in a context not accustomed to this type of approach, the figures of the web designer, or the videomaker, or even the graphic designer, are not considered “a real job”, by those who see this world from the outside. Wanting to distance itself from a world that did not give the right emphasis to these types of work, the winning idea developed by LANGA was to combine the services offered by the company with images of junk-food products that characterized its production in a peculiar way. At first, in fact, their vision catches off guard those who observe the product for the first time. No one would never expect to see the image of a bag of chips or a hamburger next to such a service.

Secondly, the company’s intention is to highlight and, why not, to mock the attitude of consideration of “baseness” that the artists operating in the field of web design, graphics and video find in some types of customers. This solution has heavily engaged the group of young creatives, who have been able to redefine the concept of digital art, unmistakably connoting their offer. The result took shape in eleven products with outlined characteristics, which marked a turning point for the Milan-based company.

Making a change by looking ahead

Consequently to this choice, LANGA has completely rethought its image, while keeping intact the peculiarities that distinguish it. This move, that was a full-fledged all-in, has disoriented the Digital Arts market, making the Italian company enter as something new and different, which has attracted attention and intrigued customers.

Facing a saturated market, in which the same themes and services are often proposed, the key lies in knowing how to interpret them. Those who approach this world must have one principal goal: to make a change, reinterpreting the concept of Digital Art thanks to creativity and demonstrating to the outside how far they can go with their own ideas. The success achieved by this Italian company thanks to this idea is nothing more than the practical demonstration of this concept. 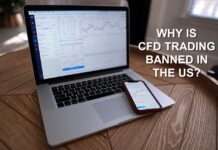 What is CFD trading, and why is it banned in the US

Before Hanukkah, two weeks before Christmas, the Mega Millions jackpot was $429 million.

Things To Know Before Hiring A Fireguard